In 1984, in Baghdad, Iraq, Liam Grey was born amid the regional rifts to pursue his life. Unlike other authors, Liam has embraced challenges with open arms since adolescence as the prevalent norms in his region did not suit his ideas. He is a firm believer in living and letting live. He preaches that life should be enjoyed no matter what the circumstances are.

Growing up, drama and the supernatural have been his forte; his life revolves around these two things. However, as Liam is always playing with multiple thoughts to develop the most extraordinary ideas, making him stand out in the crowd, his friends would surely nod to that.

Before permanently settling in Toronto, Liam hustled to live between Iraq and Turkey for some time. So, it won’t be wrong to say that his personality reflects a blend of the middle east and the west.

He never settles for less and pursues his unique interests with sheer dedication. For instance, he has graduated with a degree in Agriculture Engineering and a Master’s in Soil Physics and is now an author too.

Not just his personal life, his professional life is diverse too. The guy wants to try everything. He served as a teacher for seven years in a university and then moved to ORAM (Organization for Refuge, Asylum, and Migration).

Talking about his witty character, he possesses hilariously dry and dark humor. He would nail (a slang for troll – so that you know) anybody with his words, leaving them shook and sharing laughter with everyone. What’s amazing is that this humor regurgitates mysteriously because if there is an attempt to troll Liam, uh-huh, then brace yourself for a plethora of kill shots coming your way in the form of hilarious jokes.

To let it all out, though, he often writes poems in Arabic that serve as the advocates of his feelings, the ones he prefers to keep to himself. 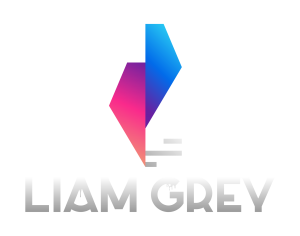